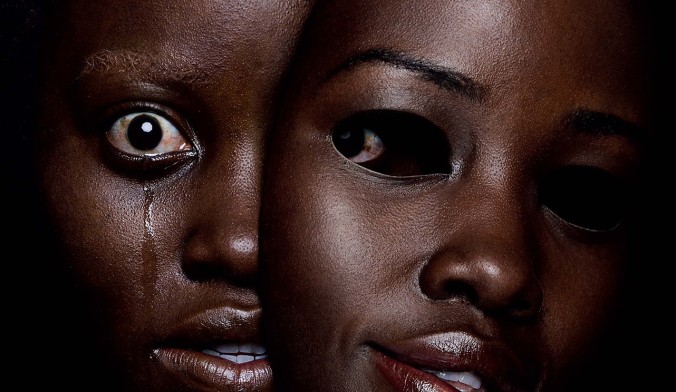 Jordan Peele was always going to face a steep climb if he wanted to top his incredible out-of-left-field directorial debut. Get Out’s teeth-clenching intensity and biting social commentary made it one of 2017’s most delicious horror films, even snagging several Oscar nominations and a Best Original Screenplay win.

No pressure for his next film, then.

In many ways, Us is the perfect follow-up, another magnificent horror film with another whopper of a premise and more deftly handled social commentary. Refreshingly, it’s also a showcase of Peele’s desire to do something different, to take more risks, and while certain aspects of the narrative have alienated some critics, I adored it. It’s such a pleasure to see a film not only so competently, passionately made, but one in which you can see the director flexing his muscles, reaching for something more. It’s an ambitious film, but for my money it works.

It also continues Peele’s penchant for casting predominantly black actors in major roles, and Peele himself has said that he doesn’t see himself ever casting a white lead, much to the displeasure of cry-babies everywhere, and my own unrestrained joy.

The less you know about Us going in, the better, but the basic plot follows the Wilson family: parents Adelaide (Lupita Nyong’o) and Abe (Winston Duke), and their two kids, Zora (Shahadi Wright Joseph) and Jason (Evan Alex). While holidaying in Santa Cruz, the Wilsons encounter a murderous, scissor-wielding doppelganger family – referred to as the Tethered – who seem intent on wiping out their better, saner halves. What begins as a home invasion movie soon spirals into something much more complex and layered, and Peele is a master at juggling each element without any one of them hogging the limelight.

As with Get Out, Us maintains a razor’s edge balance between horror and humour, often the most intense or violent scenes perfectly punctuated with a moment of levity that arises organically out of the situation. The horror precipitates the humour rather than the humour being something shoehorned in – it feels natural rather than written, the characters well aware of the absurdity of their situation.

The film also looks and sounds wonderful, with a luscious colour scheme, beautiful use of light and shadow, and a score by Get Out’s Michael Abels that crystallises the terror with its eerie vocals and pounding strings. Us is only Abels’ second film score, but this guy is a genius.

My investment in a horror film is predominantly dependent on my investment in its characters, and Us has some of the best. Some of the early scenes establish family dynamics in a way that, again, doesn’t feel written or performed, four characters bouncing off each other at the same time, critical aspects of their personalities conveyed as much through dialogue as action and body language. In fact, the performances here are all so good that you almost forget you’re watching a fictional construction. Obviously we know that Nyong’o and Duke have no need to prove their acting chops, but Shadidi Wright Joseph and Evan Alex (who I’ve not seen in a film before) are both amazing as the two kids, their performances dimensional and nuanced, the way they adapt to their horrific circumstances particularly endearing. It’s also just great to see a black family kicking arse like this. The supporting cast is excellent too, Elisabeth Moss and Tim Heidecker as Adelaide and Abe’s rich white friends. Moss in particular seems to be having a lot of fun with a role that’s much more snarky and vacuous than her usual (excellent) work.

But the focus here is on the Wilson family, and particularly Nyong’o’s Adelaide. What’s more impressive is that the cast play both roles, each murderous double not just a copy of the other character but imbued with their own terrifying personality. The physicality of each of the Tethered here is impressive, exacerbating their monstrousness and giving us some truly unique horror icons. If Lupita Nyong’o doesn’t win a flurry of awards for her role(s) here, I’ll burn down a building.

There’s a depth to the film’s construction that begs multiple viewings. Images and symbols recur with a deliberate rhythm throughout, and the sense of duality is far from limited to the central characters. Peele lays down a visual groundwork that hints at what we’ll bear witness to later in the story, whether we pick up those details or not. Little tics and twitches throughout the film telegraph story beats, character choices and thematic arcs in ways that delighted me. These don’t make the plot predictable or the scares generic, though. Instead they elevate the material because they’re deliberately placed breadcrumbs that highlight Us’s themes, while leading up to a final “twist” that doesn’t feel it’s trying to surprise us so much as confirming what we long-suspected, and serves as a rich patch of metaphorical soil audiences will be digging down into for years to come.

I’ve seen many reviewers complain that the film’s final act explains too much, but then the same was said of Ari Aster’s Hereditary: I didn’t agree then and I don’t agree now. The explanation here isn’t ham-fisted at all, and hardly goes into the kind of detail that would render the horrors toothless – it has the opposite effect, if anything. Besides, as with nearly every other aspect of the film, the nature of the Tethered is foreshadowed in earlier scenes. Revealing some of the why of these murderous doubles’ motives isn’t a slip-up but a deep and deliberate part of the story. I’d argue that it makes Us more effective, and much scarier. Without spoiling anything, it takes the film into unexpected territory, tapping into the darker aspects of modern – and particularly American – society.

If this all sounds like I’m heading towards puerile notions like “elevated horror” to Us, please wash your ears out. The last few years of excellent horror films enjoyed by a wider audience than just genre fans have led the more snooty, snotty critics to scrabble for justification as to how a lowly horror film can also be a good one. And so we get terms like “elevated”, because genre films, as we all know, don’t actually have anything to say; they need to be more than just a good example of the genre, they need to transcend the common muck in order to be worthy of critical acclaim and serious discourse. The idea that recent knockouts like Us, Hereditary and The Witch are somehow the exception rather than the rule does a disservice to the potential of a damn good genre film, and particularly horror in this case. These films are the embodiment of horror, good horror, sure, but horror doing exactly what it does best: scaring the shit out of you and saying something interesting in the process.

Us does all of these things, and it does them beautifully. It’s also subversive and original, and it’s setting a great example for the longevity of the genre, and not just in terms of quality. Financially, it had the highest grossing opening ever for an original horror film, at US$71 million. For studios whose only language is money, this is great news for the genre. On top of which it’s simply a joy to see such a brilliant film get the attention it absolutely deserves. Excuse me while I go watch it several more times.